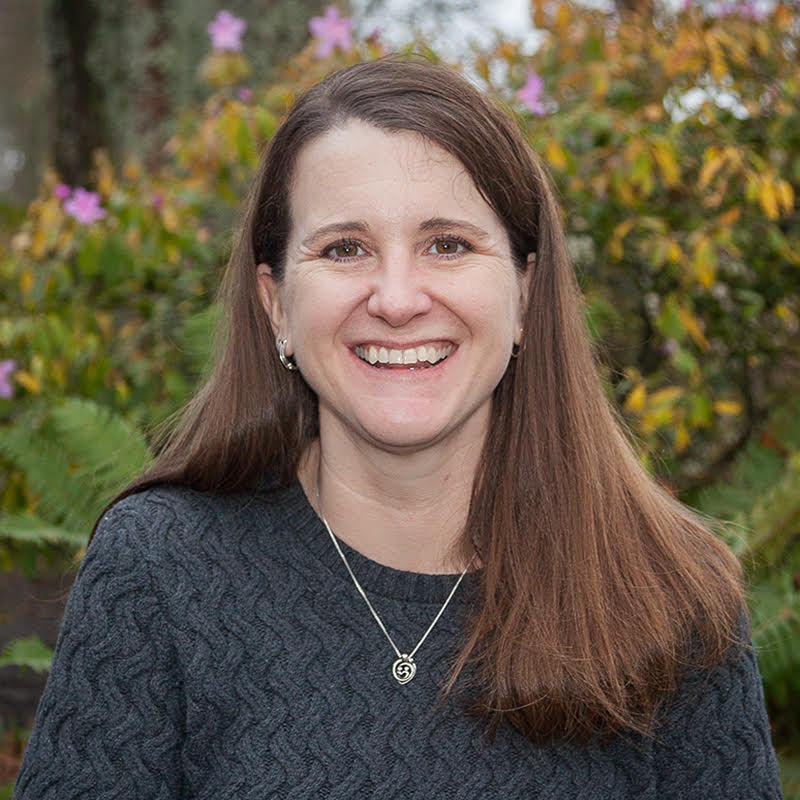 Amber was born and raised in the PNW and married her high school sweetheart. Not long after giving birth to their daughter, they moved to “The South”. Their son was born in Tennessee in 2002. They later moved to Georgia where Amber started working as a substitute teacher for Forsyth County School District. Upon returning to Washington State, Amber began working as a para-educator, focusing working in the special education department.

Amber and her family now reside in Newcastle and she is pursuing a degree in Early Childhood and Special Education. Before joining EDS, Amber was a Toddler Teacher at Patti’s for three years. She truly believes that the needs of the children come first.

Amber is very proud of her two children, her daughter who is currently attending Law School at Seattle University and her son who will be attending UW in the fall.  In her free time Amber loves spending time with her children for weekly movie nights, hiking with her 2 dogs and crocheting to de-stress. 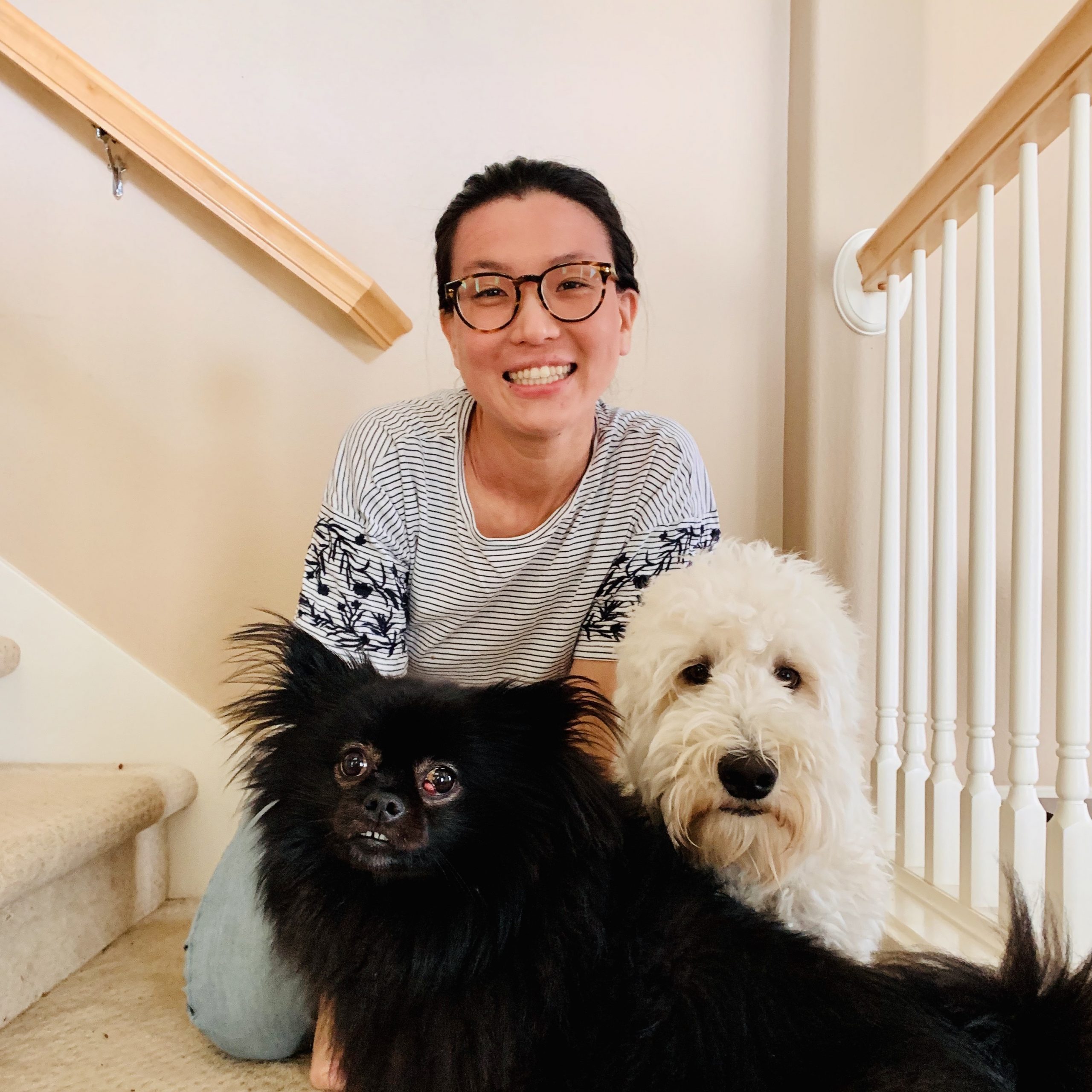 Jessie was born and raised in Taiwan. She moved to Washington State when she was 16 and graduated from the University of Washington double majoring in Environmental Studies and Community, Environment, and Planning (CEP). In college, Jessie developed an interest in environmental education and participated in many volunteer opportunities in teaching elementary school children about nature.

After graduating from college, she worked in map localization and fraud investigation but always wanted go back to working with kids. She’s excited to bring her passion for the environment, cultural appreciation, and music into the Turtles Class!

In her free time Jessie loves hiking, spending time with family, and snuggling her dogs. 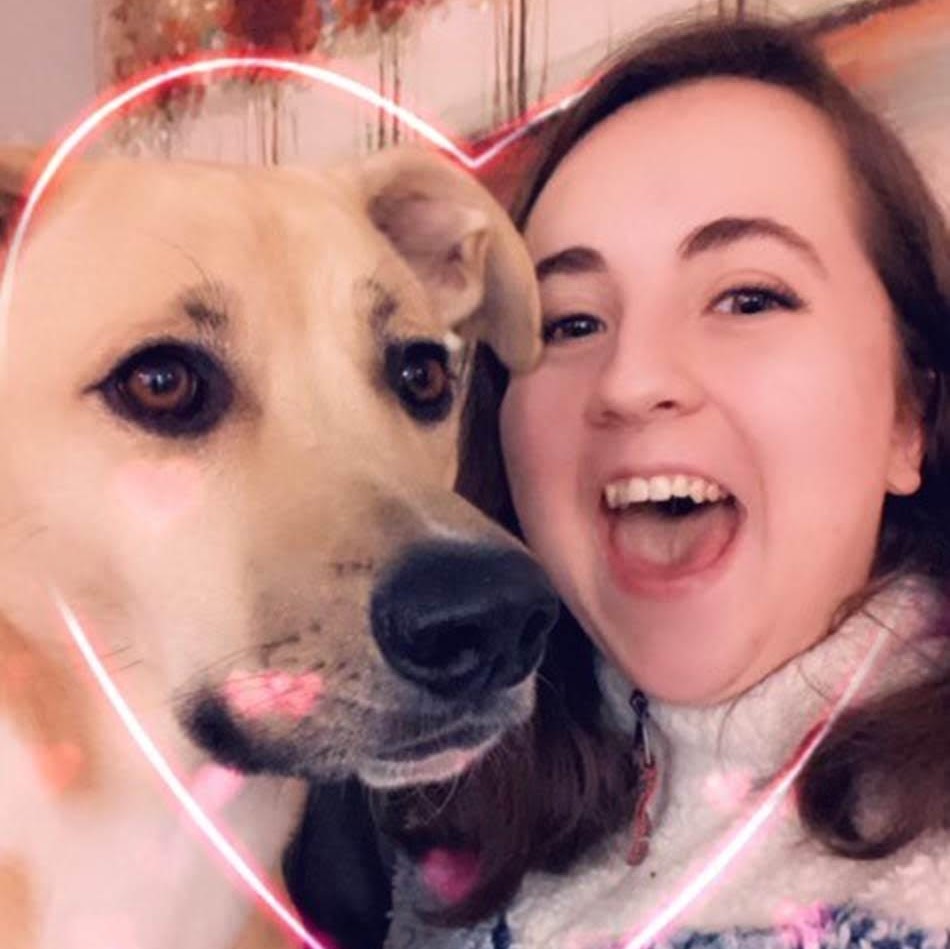 Caitlin was born in the PNW but moved to Tennessee and Georgia with her family during her childhood. She and her family moved back to Washington in 2007. She has been working with children since she was 11 years old and began babysitting for families in her neighborhood. When Caitlin was in junior high she read the book “To Kill a Mockingbird” and decided that she wanted to be a lawyer when she “grew up”.

She blended the love of working with children and her passion for the law by pursuing a law degree to work as a child advocate. Caitlin received her B.A. from UW and is currently in her second year of law school at Seattle University.

In her spare time Caitlin enjoys spending time with her mom, drawing/painting, sewing cosplay and playing D&D with her friends online.

Caitlin has been a substitute teacher for Patti’s and EDS for the past 3 years and is excited to be a part of the EDS team as a Turtles teacher. 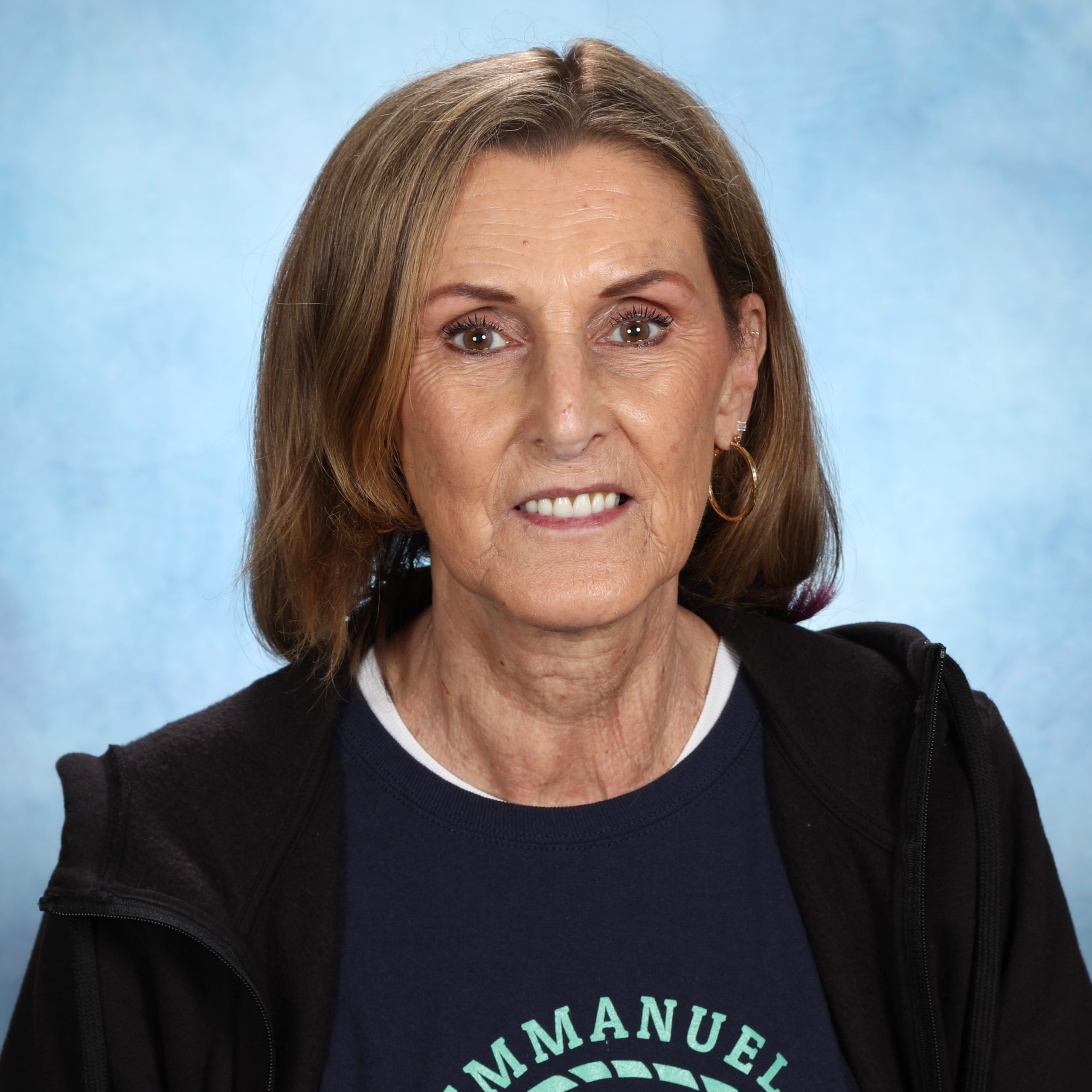 Cecile was born and raised in Uniondale Long Island and worked as a cosmetologist.  She later relocated to Florida to further her career and started her family. As the family grew, it brought her west to Texas where she set down roots and raised two daughters, one of whom serves in the Army Reserves.

After her children were grown and left the nest, she began to nanny sporadically over the years.  Cis obtained her paralegal from the University of North Texas and was an expert in debt negotiation.  After visiting Washington state several times, the greenery and way of life won her over and she relocated to the evergreen state.

Cis enjoys time with family and friends, the outdoors, movies, and her chihuahua Nash.

She is excited to be a part of the Turtles and bring her positive and caring spirit to the Emmanuel Day School community. 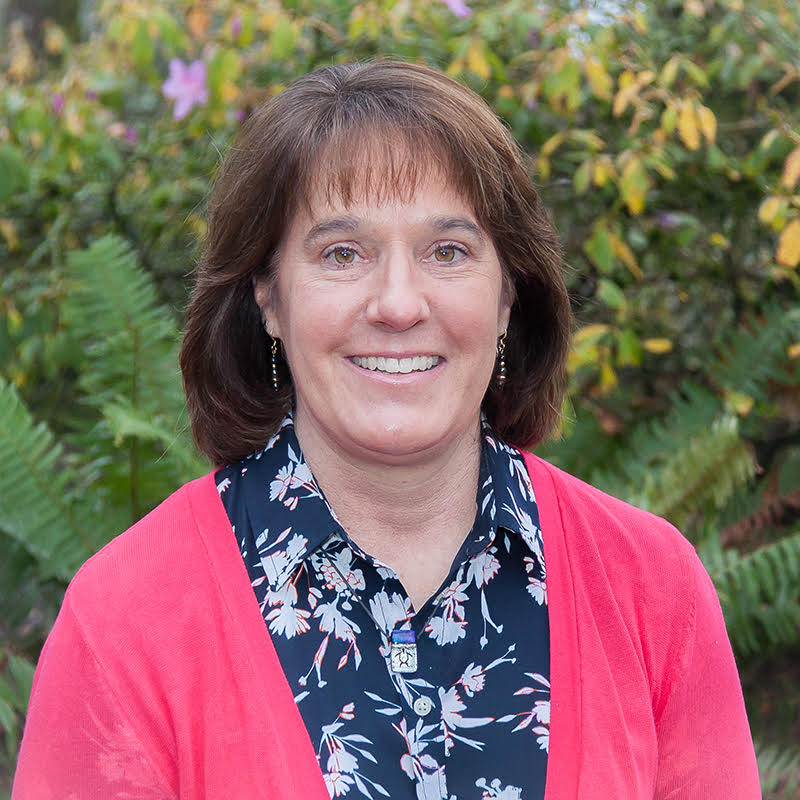 Marcia was raised on Mercer Island and currently resides in Bellevue with her husband and three children. She has an AA degree in Early Childhood Education and a BA in Business Administration. Marcia has always had a passion for teaching and engaging with children. She currently works with another Island preschool in the afternoons and in the past volunteered teaching Sunday school, YMCA t-ball and soccer youth sports, and served on the Lake Heights YMCA parent advisory board.  She joined Emmanuel Day School in 2012 and loves being involved with preschoolers, supporting them as they learn and grow independently and socially through fun and positive experiences. In her spare time, Marcia enjoys adventures with her children, volunteering at church, hiking and traveling with the family. 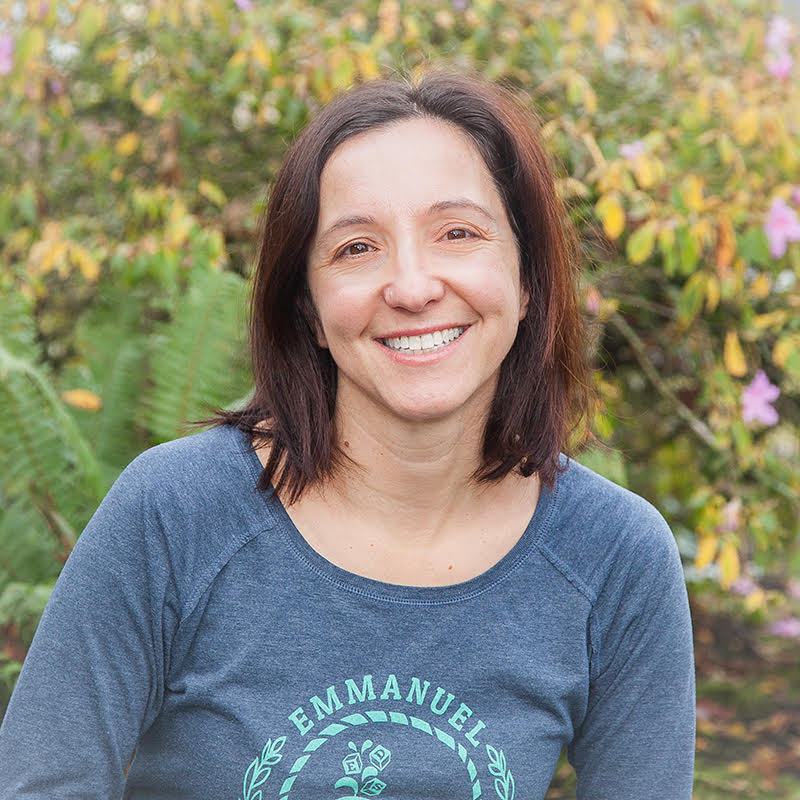 Laura completed her teaching degree in Australia and has worked in education for over 20 years. During that time she worked with both middle and high school children but has also worked with preschool aged kids both at Sunday school and in the district. Since she moved to Seattle nearly five years ago, she has done a lot of work within the district and in the last few years especially, she has done a lot of work in the elementary schools. She has really come to enjoy working with young children and is very excited to be joining the wonderful team at Emmanuel Day School this year.

She lives on the Island and has three children, two of whom go to school there. Her oldest son is returning to Australia next year to pursue university study there. She also has a Sophomore boy and a 6th Grade girl. 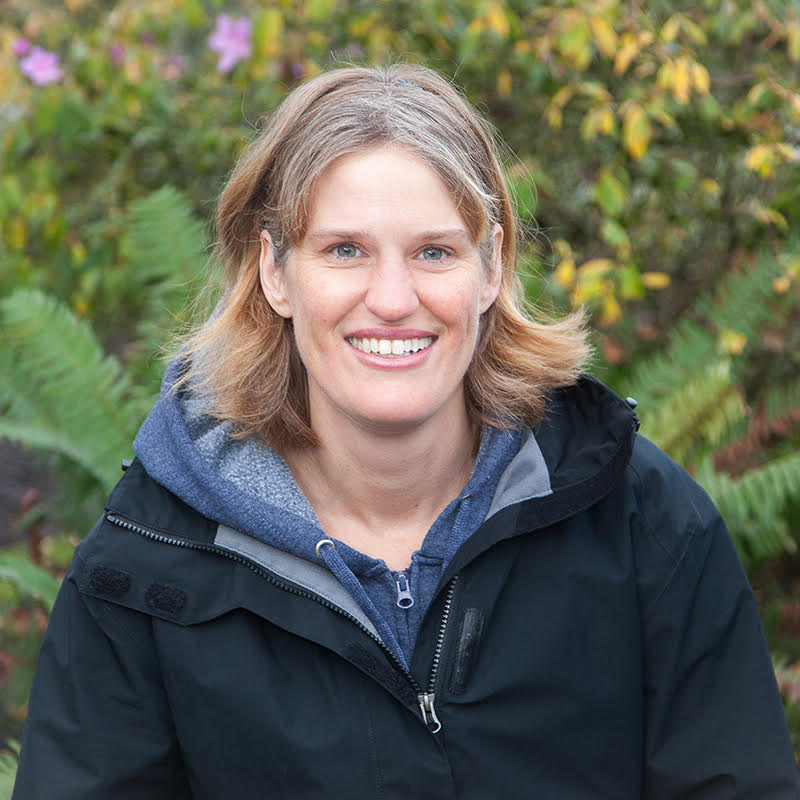 Sonja was born and raised in Melbourne Australia, completing a diploma in children’s services and worked in a childcare/preschool for ten years. She has two girls, seven and five, and moved to Mercer Island in 2012 where her husband got contracted to PSE for 16 months before returning back to Australia for two years. She returned to Mercer Island again in February 2015 as a job opening for her husband became available and decided to relocate again.

She has always enjoyed working with children and after her daughter attended the Sea Stars class decided that Emmanuel Day School was a great place to work. She loves spending time with family and friends and getting in the great outdoors kayaking and hiking and loves to travel. 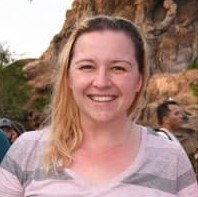 Jackie is excited to be joining the EDS team in 2020-21. Jackie arrived from Australia in 2016 and has loved every minute of the PNW. She has enjoyed experiencing the different seasons and loves snow days. She loves the ‘greenness’ and the tall trees.

Jackie has two children, one starting kindergarten and the other starting preschool at EDS. She will complete her Early Childhood Education certificate this academic year and is looking forward to taking her learning into the classroom. 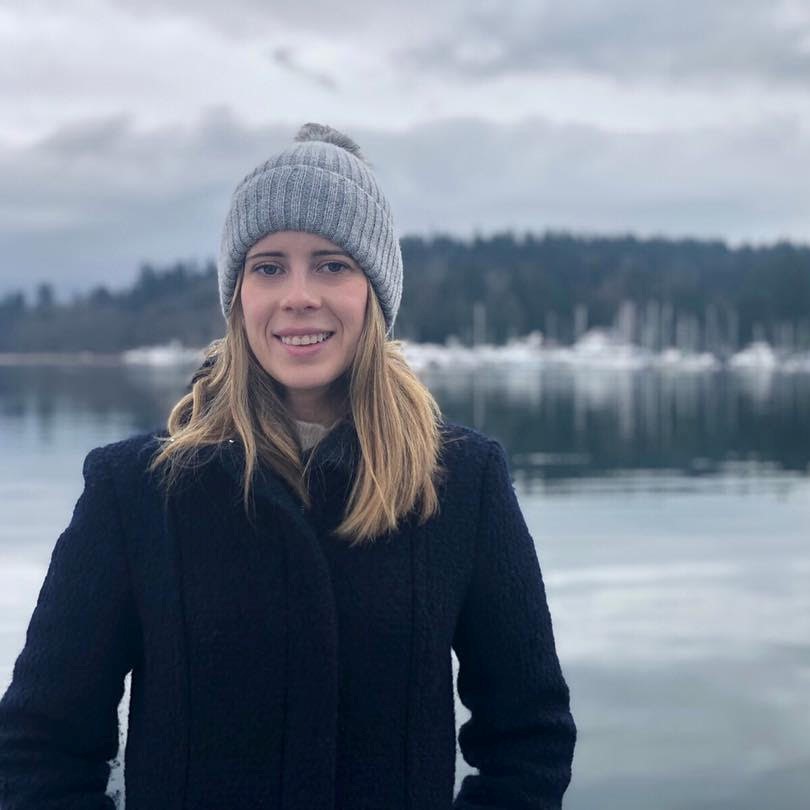 Andrea was born and raised in Monterrey, México. She graduated from Tec de Monterrey with a degree in Organizational Psychology.

After graduating in 2013, she started working at an american school in Monterrey (ASFM) as a Preschool Teacher. While working there, she studied her Masters Degree in Education and received her diploma from SUNY (Buffalo State University) in 2016.

She has seven years of experience working with preschoolers and loves being a teacher and being available to help her students grow in every aspect.

Andrea and her husband moved to Seattle in July 2018. They are in love with Washington State and its beautiful landscapes. In her free time Andrea loves to hike and travel with her husband, she gets in touch with her family who are all back in México and loves to read books about psychology.